Next morning, I wanted to run again to Gorky park. But unfortunately I was late, and it was tooooo damn hot just like Jakarta.

To make it even worse, Gorky Park was closed since there would be an event.

Long story short, we checked out from Hotel at 12 pm, the hotel staff ordered us taxi, off we went to Leningradsky Station. Stasiun gambir-nya Moscow lah, and it’s HUUUUUGEEEEEEEEE!

This will be my very first time taking bullet train a.k.a сапсан

We were heading to St Petesburg, the second largest city in Rusia and trip took 4 hours and so.

I booked an apartment in Nevsky Avenue, the busiest district in this city. It is more like the famous Orchard Road – Singapore to me.

It took a while to meet the person who was in charge in my apartemen booking and the owner is not really nice either she complained why we we were so long after we arrived. Gee! I wonder if she travels! Doesn’t it took a while where to go after we reached our destination especially it’s first visit.

The manager doesn’t speak English, thanks God there is such a thing as Google Translate.

I welcomed myself again to Europe when I realized there was no elevator on the apartment and of course, no AC! It was summer and these middle-class tropical kids automatically looking for AC remote.

Anyway, we dragged luggages all the way to 3rd floor. Again, the owner doesn’t pay detail, she only gave us 3 towels.

But the room was nice. 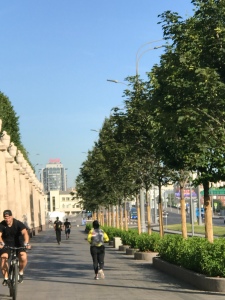 In front of Gorky Park 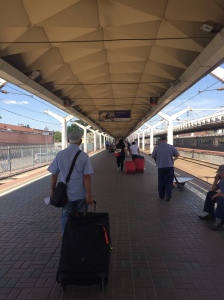 Off to санкт Петербург

Out side Moskvoretskaya Station so hectic

4 thoughts on “To the North”