A little question, who know this kota kabupaten exist??

Well I do, but for two reasons :

Apart from that, zip, zero, nothing, nada! I only know the city from the announcer in train station.

It was two week ago, my childhood friend paid me a visit to Bintaro and she wanted to try commuter line! And owh, early this year, KRD is no longer exist. All those old trains (it was manufactured in early 1900’s) were replaced with Commuter Line. not all the schedule has trip to Rangkas tho. long story short, we only spend like one hour in Rangkasbitung since we took 4 pm train before going back to Tangsel (and Jakarta for Inong). I bought Rambutan and Salak one Kg each in near by pasar tumpah and it cost less than IDR 50,000 for me.

And yesterday, I paid another visit again with a former colleague who also lives in Bintaro. 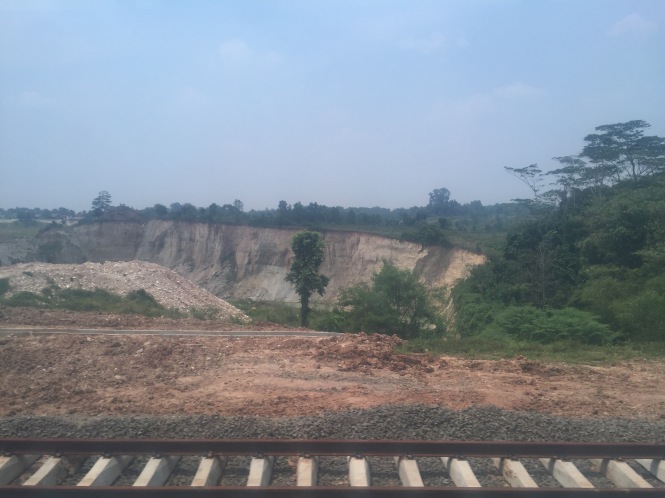 I learn, unexpectedly, view after Parungpanjang Station was nice. With paddy field, here and there. I even wondering whether I am able to have trail run in those small cities? Not too far from the station and the back again.

So, yesterday, I learn that this city just opened a museum next to Library. Both are new and fully renovated.

Just take angkot for 5 mins or walk for 15 mins, stoped at Alun-alun. We opted for the first one, man it was 33 degrees!

Had dzuhur pray first in its Mesjid Agung.

And the museum lies just a cros the mosque. 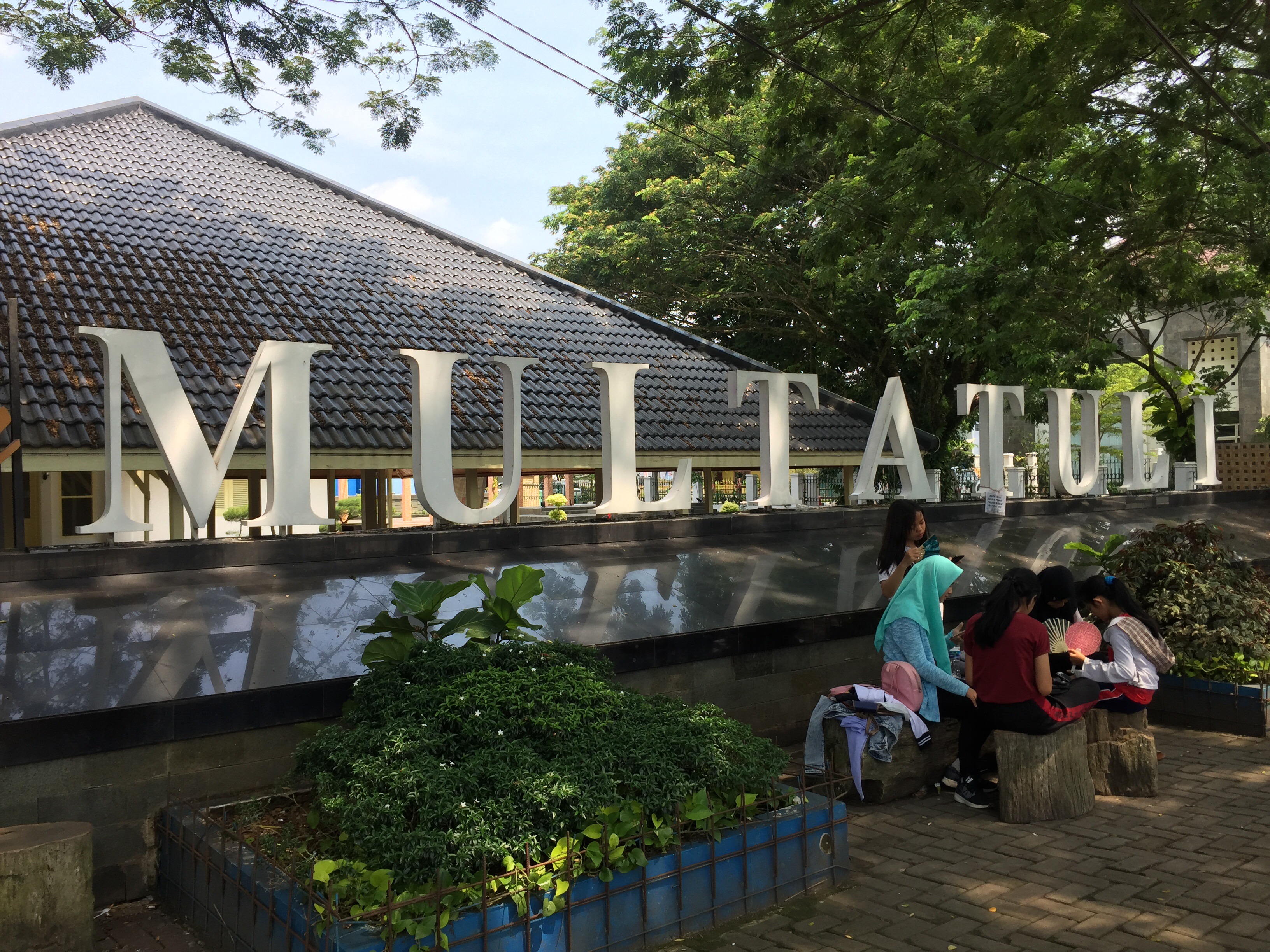 Without googling it, or peeking your history book,does anybody know Multatuli?

And the bad news was…both the museum and library were closed! I can understand the library, but the museum? On Saturday? Eh! c’mmon!

I wish I can do something about this! Wasn’t it common practice the museums close on Monday? I asked those teenagers in the pic, one of them said the museum open on Sunday until 10 am only.

We took train back to Tangsel at 3.10pm.

Little that I know, this small city played an imporant role during Dutch Collonial era. this train station was built in 1900 as a supporting dispatcher to transport harvest and crops!

Local goverment a.k.a PemDa must do something to keep this building as original as possible!

There’s always something we can do, besides going to Pondok Indah Mall 😉 on weekend (or any other public holiday)

last friday, I went to this city for a colleague’s wedding and took train because I predicted the “arus balik” will be horrible in Cikampek. This weekend marked as the last day of Eid Fitri holiday. Thus, to anticipate the situation, I opted for train.

i had a very pleasant experience with our long haul train for the past one year (it started with my Semarang trip and amazed how the system is significantly improved even though I have read the book about former KAI CEO!)

So there I was, taking train again…to Bandung after 15 years! Oh em geeee!

i remembered it has been  THAT LONG because when I wrote this post, it was inspired when KA Parahyangan ended its service in 2010 due to low passangers rate. they lost competiton with Jakarta-Bandung travel car that could commute people  in 2.5 hrs and the dispatcher is just one step away from your house.taking train to bandung at that time was impractical. since getting to Gambir is another homework.

“Salah satu kebijakan pemerintah yang membuat kemacetan tambah parah!” I must say.nowadays, driving car to Bandung via Cikampek then Cipularang is non-sense.It took 7 hours for me to get to Bandung when my uncle passed away last April. crap!

My friends who have to commute Jakarta-bandung pp every weekend said having a-3 hour-trip is luxurious now. It could take up to 6 hours one way for approx 200km. ewwww!

I guess the government should established regular Jakarta-Bandung again! It waste of time and money!

Anyway…i must say, thank you Uber and Grab Car :)), our Bandung Trip was hassle-less even though we don’t have car.

we stayed in The Luxton bandung and had room with mountain view.

owh, finally! We had proper visit to Bandung! Ha! Seriously, even the city was only 200++ km away from our house, we barely visit this city. even when we did, it was mainly because family-related issue. Wedding or funeral that required one-day trip. last time we did stay in Bandung was 2.5 years ago and only stayed over night when I participated in Tahura Trail Run.

And…though I barely visit this city, and it has been 15 years since I took train to Bandung, the wonderful view between Purwakata – Cimahi brought back memories.
nothing change much, but of course there’s tol cipularang as additional view.

first thing after we drop our bags, we were strolling the famous Jalan Juanda. I remembered once, the city major, Ridwan Kamil, get pissed of on his INstagram account due to littering on one of those benches in Dago area. now, I had the chance to see what jalan Dago looks like with those tables and chairs along in the pedestrian path.

We had lunch near by! it is Bandung anyway! good food is literally EVERYWHERE! 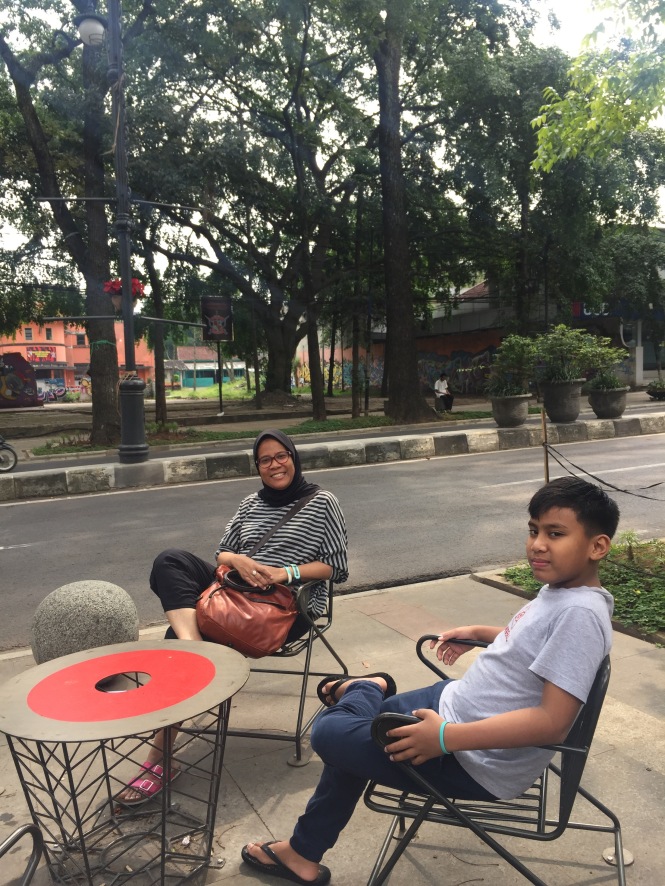 later that night! finally! i met May in person as she had her homecoming trip this Lebaran. hamdallah! After all those blog commenting and conversations via whatsapp, between Kuala Lumpur and jakarta (errr, Tangsel) we met in Bandung, her hometown! thank you May for the treats and talks. it is always nice talking to you! 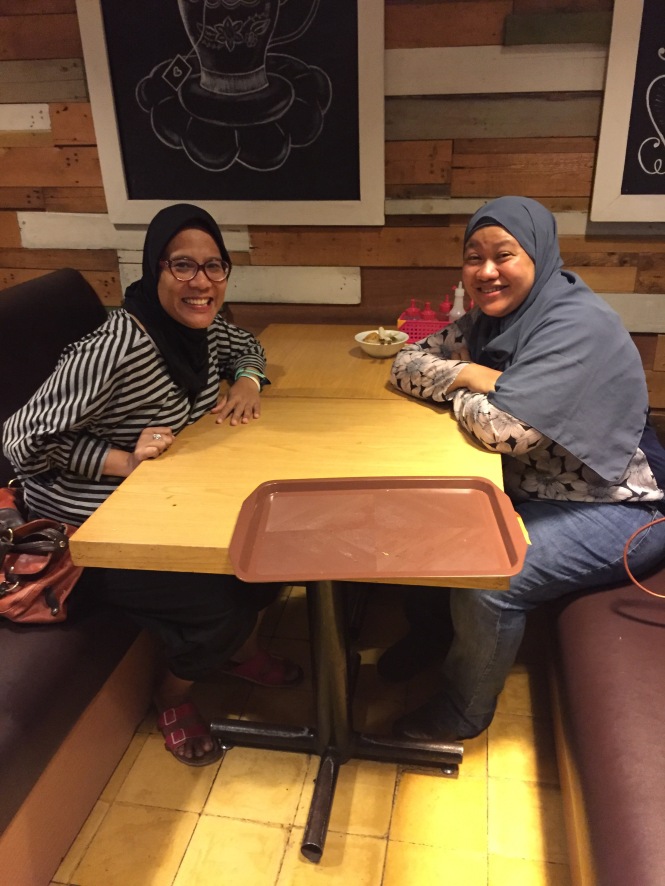 she gave me a broken white hijab with KL landmark printing on it. nice

Anyway, We visited Pompidou, a bakery which is owned by my friend’s sister.

once I ordered its Nastar Cake , sent it to Jakarta and it was very tasty!

owh, the bakery is now temporary located inside Happy-go-lucky, a boutique, where you can find cute bags, shoes and clothes! All made in Bandung by local designers! *BIG Applause* 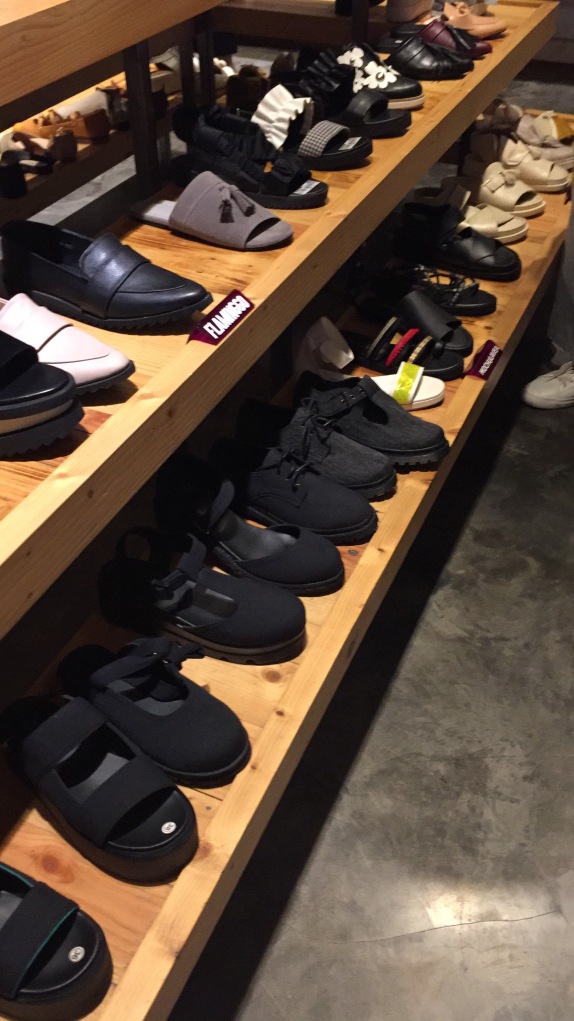 PS : one of my Malaysian friend why it is Paris Van java. the explanation is here 😉 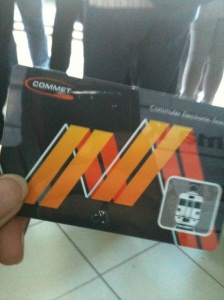 this is unordinary weekend for my babies,
not only the destination but I put some (new) adventure for my two precious.
We left home at 6.45 am headed to Gambir,
oh yeah…we left the car at home and took Pakuan Express train.
There were Susi my collegue and….tante D the “Biduan Madura” coming along with us.
Susi and I had planned this trip days ago, and at very late at night I invited Day,
(sorry kak InJul and Bude Dini….:P)

We (suppose) to take 7.45 am train, but it was late. probably there were sooo many people
going mudik…so many train schedule, the peron was so crowded.

This is Kezia 2nd KRL trip but the first for baby #2.
He liked to wander around the train. Hmphhhh….

An hour latter, we arrived at the station, and looked for breakfast
(since we plan to do Wisata Kuliner, we didn’t have our breakfast on purpose, but my babies did…)
Actually, I wanted to dine in every place that was recomended by TAMASYA MAGAZINE a month ago but i mistook it somewhere.

we had quite a long walk, we arrived at SMA I Bogor, and there is a hawker centre beside the school.
I asked for Es KELAPA JERUK….what a refreshment!

Susi and I have Kupat tahu and Day had TOGE GORENG, off course.
Then we took delman to Kebun Raya Bogor…
kakak didn’t want to join at first and I pursued her,
He asked a plastic ball instead, I let her and her brother buy the toy.Hmpph…o well.
Then we have another walk.

And guess what, this pool has little crocodile! Day ans Susi did saw it themselves, I didn’t cause I was taking some pictures.

To watch the palace, I guess Mr President trust the crocodile better than the security.

Kakak was so borring then start to annoy us, she wanted to see deer.
That’s why I failed to take some pictures

When we about to left the KRB, we saw the cable car, so we took the trip around KRB.
It cost Rp 10.000/person, and you know what…the KBR only had 4 of this, but today only 2 of thes was operated.
Hayya….this weekend sir, lot of people coming! Lucky us then.
The driver was nice, he act as a guide tour and did his job great.
Dahlia think he kinda cute.
Oh boy!

Another 30 minutes spend here, then we left the garden. as my promise to Kezia who’s being kinda annoyig,
We like to see the Deer in front of Istana President,
then wee took Angkot 02. I guess this is Kevin’s First Angkot RIde.
it was a loooonggg ride, since there were so many “one way ” road in this city latter the angkot stopped not far from SMA !…ughh…we have to walk around 400 m.Kevin was sleeping.

Kezia feel irritated first since she only see the Deer from quite far…but LUcky For Us (again!)

there were 3 deers by The Fence.
I wonder how they get there, because right after the fence was a little river.

It was 12.30 pm, time to eat.
We decided to have lunch In Macaroni Panggang, we took Angkot 03 to taman Kencana, stopped right in front of the resto.
WE ordered (of course) Macaroni Panggang Special, and I ordered Sop Makaroni and Beef Omelet for the babies.
Dahlia ask for Jus Kacang Hijau, and Kezia asked for Strawbeery Juice.
They both taste great.

The store also sell LASAGNA GULUNG, TIRAMISU, STEAK, BLUDDER CAKE(tape and DUREN…oh em gee…)
but off course we don’t have extra space trying them all.
should be back there some day.

another 2 hour, we left MP heading for PiA Apple Pie in Jl. Pangrango
We had Cheese Crust and Strawberry Pie, I had Apple Bandrek, Dahlia had Hot Rum Coffee (taste like tiramisu) and susi had BAJIGUR.
An hour latter we left this PIA Apple PIe, and went back to station, I guess the babies tired already.
Oh No, it was raining, and I didn’t prepare the raincoat as well as the umbrella.
thanks GOd dahlia bring her rain coat, enough to cover Kevin’s head and susi brought her umbrella.

Since there were soooo many One way Road, we had another 15 minutes walked to the main street near Sempur and took any angkot that will get us to the station.

I wanted to take train direct to SERPONG it was 16.28 on schedule, but it isn’t operated on weekend.
So went back to Gambir, at the train I meeyt Titut and Mas Made, the participant from Woman ISsue on Pesta Blogger 2007 last October.

Well, anyway shortly after Azan Magrib we were home…at last.
A great little trip for us! thank susi dan day…:)