last time I was here was on Christmas holiday 2015 when Ira, who now resides in Uhdaliyah, Saudi Arabia, took her home coming trip. It was awful. In our visit (I went there with VItri as well, then met Maya and Imelda) two of its historical sites, Keraton Kanoman and Kasepuhan were FULL OF GARBAGE! Not to mention it was stingy too. I almost throw up.

We did have wisata kuliner, later I think, the food taste was so-so. then I made conclusion, this city is just over-rated.

but last weekend, I visited the city again. I had to. Dearest Ragil and Beby got hitched, tied their knots. He already told us his plan a year ago and asked us to free our schedule.

so,de and I, like any other West European (teheeeee) taking train both commuter train to Tanah Abang and long haul train from Gambir Station (Argo Jati it was) to Cirebon. 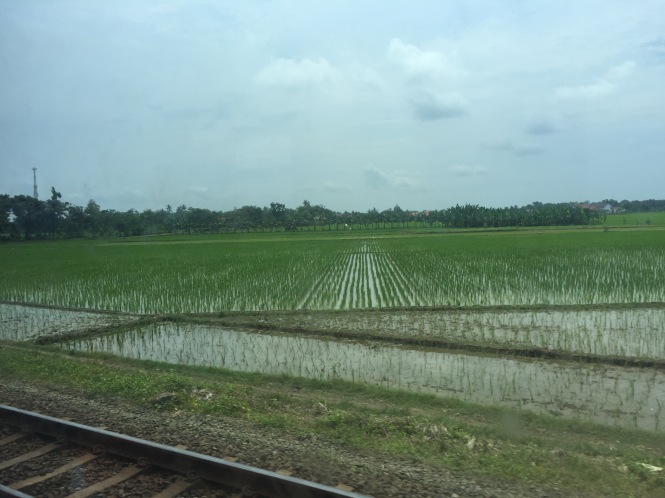 ﻿
we discussed our plan in Cafetaria Compartment. i refused going back to those two palaces (Keraton) as I feel that I still can smell how bad the place was. then we came up with Gua Sunyiragi. FOr my non Indonesian readers, gua means Cave. I had expected the similar horrible garbage all around tho.

after we reunited with Kak Indah soon as we arrived in Cirebon, we had Nasi Jambal for lunch, then off we go to Gua Sunyaragi (literally means, lonely soul)

ticket enterance fee : IDR 10,000. there will be tour guide provided for approx 45 minutes of tour, cost IDR 50,000 and you have to pay to the counter, not directly to the guide.Fair enough! 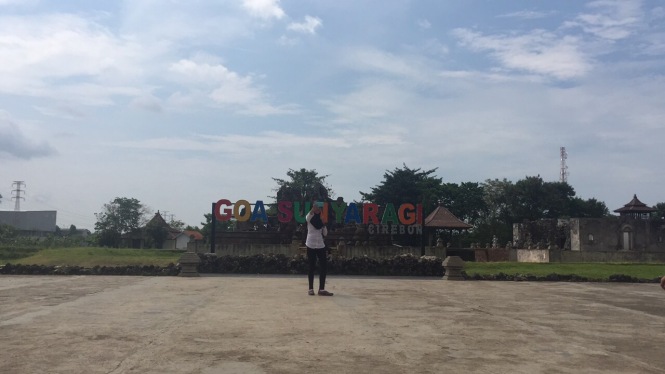 a bit about the historical site.

it was built in 1700’s by the great grandson of Sunan Kali Jaga. sit on 1,5 hectare land. It is a cave complex hence it was meant as a place for meditating especially for royal family members at that time. the complex has 10 caves, meant to support the meditating process such as food supply, weapon making, meeting room, bed room, guarded room, repairing-soul room a.k.a Gua Padang Hati (aslikkkk! kalau galau ada guanya  sendiri).

IT was carrefully designed. there are hall, a small and dark one , connected one cave to another, others just scattered around.

sometimes  when you get out the caves, you have to bow down as symbol of respect. since there was no AC at that time (ja, natürlich!) there was water container inside the cave, meant to cool down the temperature. mind you, Cirebon lies in seashore!

And tip from me/us? Just gave the camera to your guide, he knows how to take very instagramable pictures! MOst of the pics taken from De’s iphone. Setdah nih bocah, banci foto abessss…. 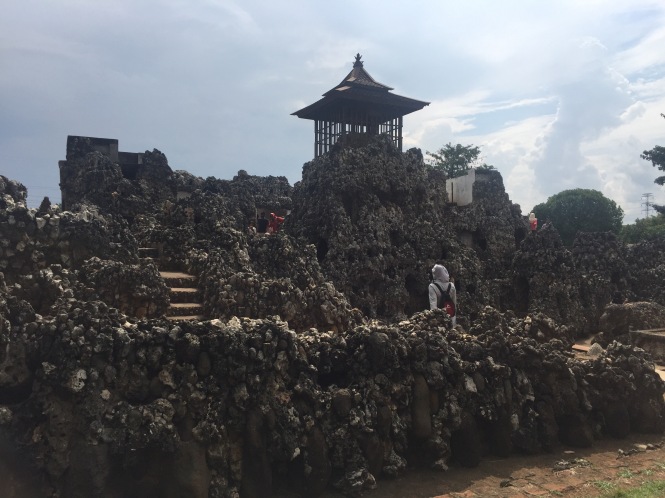 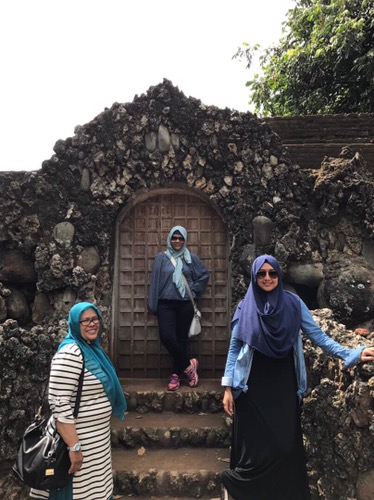 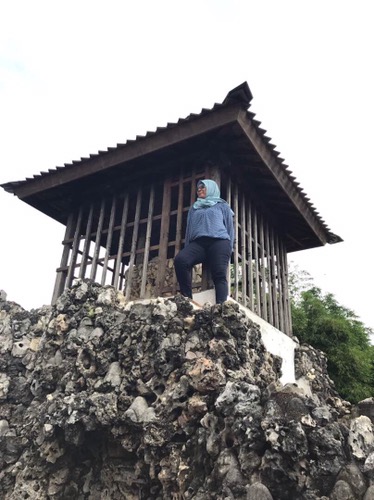 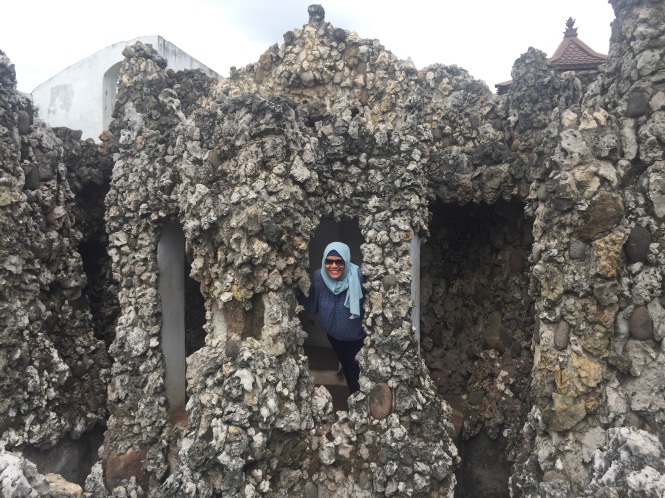 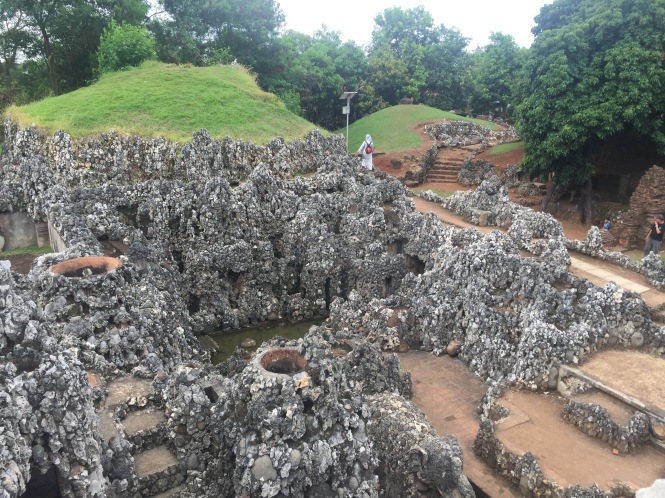 And just below this cave, Gua Arga Jumput, there are two doors, and one door is belived to have a direct acess to Mekka, the holy land! As long as you have a pureeeee heart and clean soul. 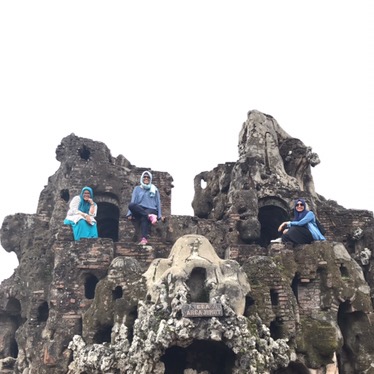 And you know what??? This area is verry veryyyy clean as no street vendor is allowed! ngga ada yang boleh jualan di area ini! SEHR GUT! 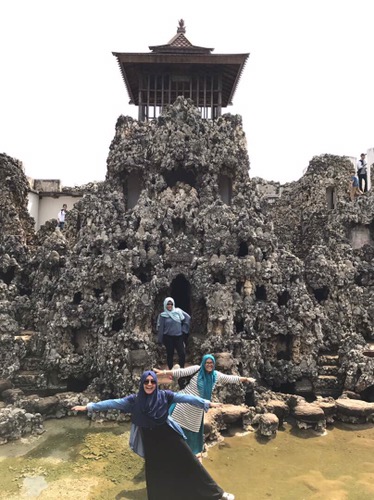 Later at night, we went to Kuningan, another one hour drive, to attend the wedding. IT was beautiful place with GUnung Cermei as the back ground. 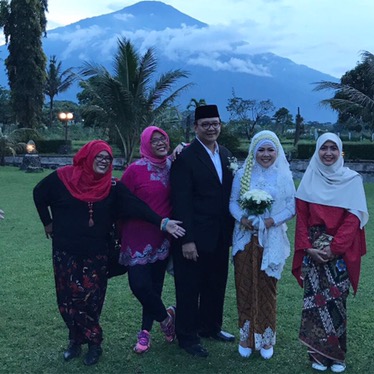 Yeah, I wore running shoes! It was part of the deal with the brides.

In short , my trip was very memorable.

Bandingkan dengan
“How to get to Tanjung aan from airport” 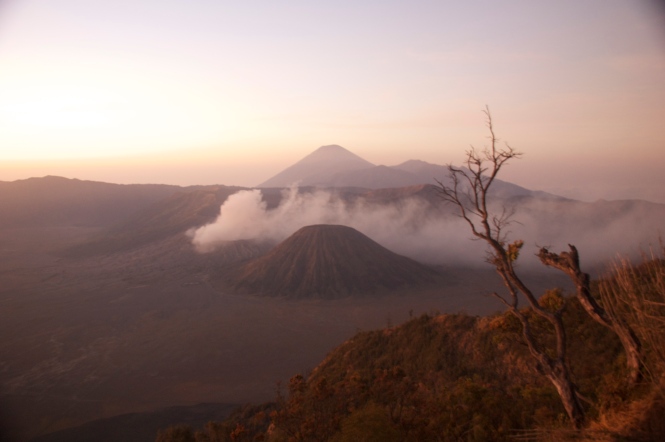 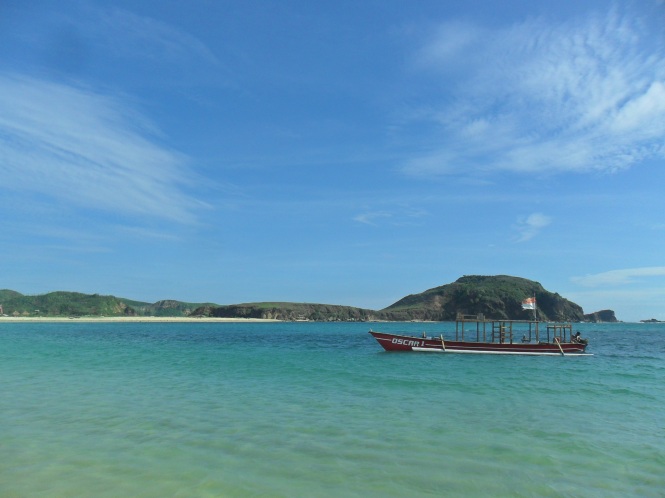 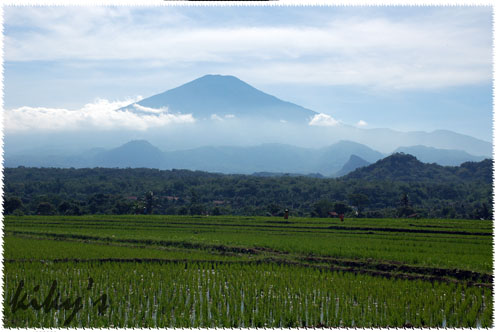 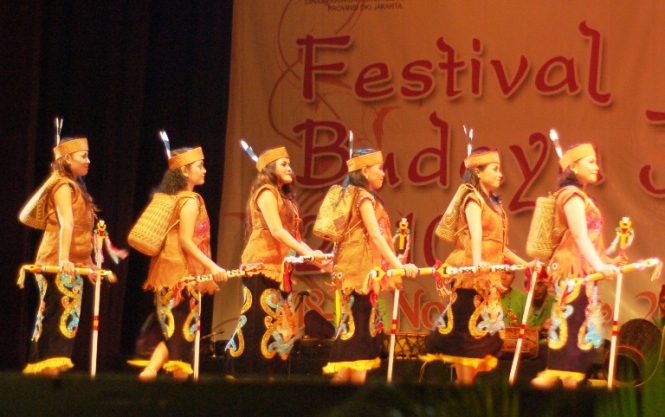